Sahyog ClinicBlogMedical InformationThe dangers of Charas Drug: what it is and how it works 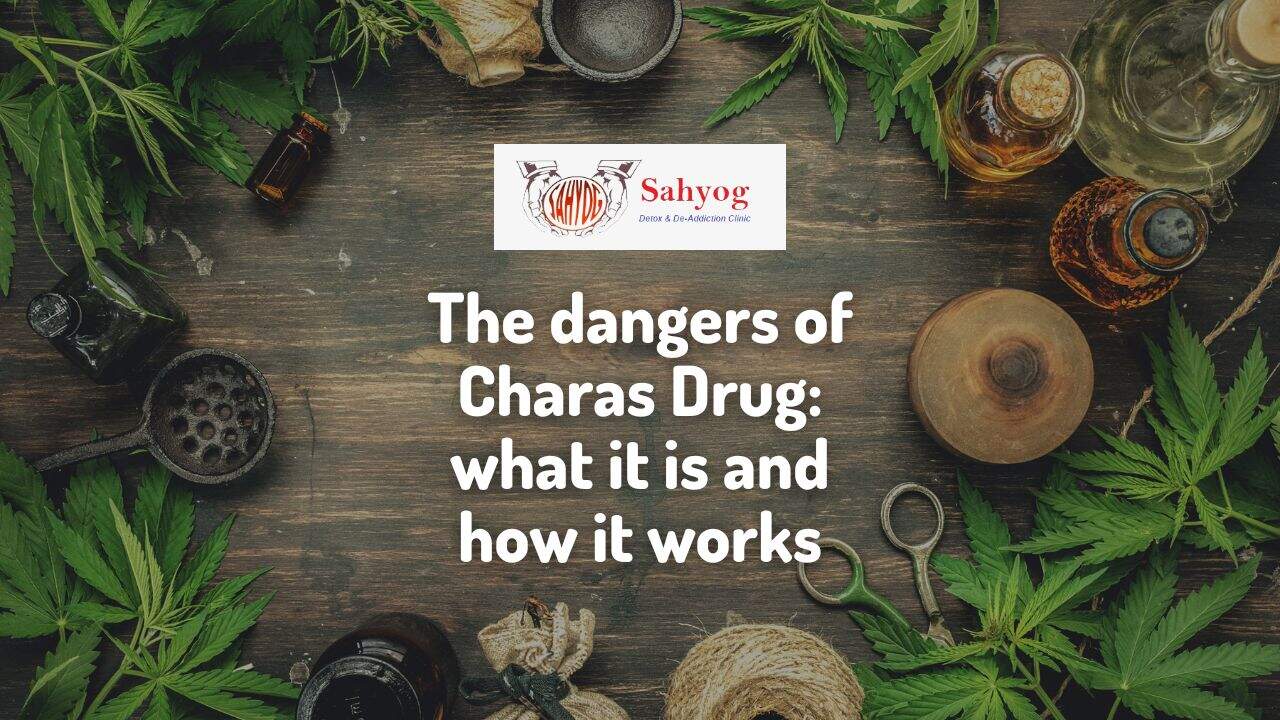 The dangers of Charas Drug: what it is and how it works

Charas drug is a drug that has been gaining popularity in recent years, and it’s becoming more widespread all the time. It’s a powerful form of cannabis that can have serious impacts on your health, both mentally and physically. This article will explore what charas is, how it works, and the potential dangers associated with its use. We’ll also talk about ways to stay safe if you do choose to use this drug, as well as some of the warning signs you should be aware of if you think someone might be using it.

What is Charas Drug?

Charas is a drug made from the resin of the cannabis plant. It is a powerful hallucinogen and has been used for centuries in India and other parts of Asia for its psychoactive effects. Charas drug is smoked, inhaled, or ingested to produce feelings of euphoria, relaxation, altered consciousness, and even visual and auditory hallucinations.

Charas is illegal in many countries and carries a high risk of addiction and physical dependence. It can also have long-term negative effects on mental and physical health. The effects of charas vary depending on the person’s tolerance and the amount consumed. Short-term effects include increased heart rate, anxiety, paranoia, and impaired coordination. Long-term use has been linked to cognitive deficits and memory loss.

What are the dangers of Charas Drug?

The Charas in the charas drug is a type of hashish that originates from the Indian subcontinent. It is made from the resin of the cannabis plant and is typically smoked in a pipe or joint. Charas has a high THC content and is considered to be more potent than other forms of hashish.

The main dangers of charas are associated with their high THC content. This can lead to an increased risk of psychosis and anxiety, as well as impaired motor skills and memory. Charas also has a high potential for abuse and addiction.

How does Charas Drug work?

Charas is a type of hashish that originates from the Indian subcontinent. Charas drug use has been linked to numerous adverse health effects, including psychosis, anxiety, and depression.

When inhaled, the active ingredients in Charas produce a feeling of euphoria and relaxation. This is due to the release of dopamine, a neurotransmitter that produces feelings of pleasure and reward. Charas can also cause distorted thinking, increased heart rate, and paranoia. It may also impair coordination and decision-making ability.

Long-term use of Charas can lead to addiction and further mental health issues such as anxiety, depression, and psychosis. It is important to seek professional help if you are struggling with substance abuse.

What is at risk for taking Charas Drug?

The Charas drug is generally considered to be more potent than marijuana and can produce powerful psychoactive effects. The use of Charas carries several risks, including:

Other than these, long-term usage of the charas drug can lead to Cognitive impairment, Depression and/or anxiety disorders, Addiction or dependence on the drug, Increased risk of certain types of cancer, such as lung and throat cancer, and even a Weakened immune system.

Charas can also interact with other drugs and alcohol, increasing the risk of overdose or dangerous reactions.

What are the symptoms of taking Charas Drug?

Most people who take the Charas Drug report feeling happy, relaxed, and euphoric. Some people also report experiencing visual and auditory hallucinations. These effects usually last for a few hours after taking the drug.

Some of the more common side effects of Charas Drug include:

If you experience any of these side effects after taking the Charas drug, it is important to seek medical attention right away.

What are the treatment options for Charas Drug?

There are a few different treatment options for those who are addicted to Charas Drug. Detox is usually the first step, which is usually done at an inpatient or outpatient facility. After detox, patients will usually receive therapy and counseling to help them understand their addiction and cope with triggers and cravings. Some patients may also benefit from medication-assisted treatment, which uses medications like methadone or buprenorphine to help reduce withdrawal symptoms and cravings. Finally, support groups such as Narcotics Anonymous can help those in recovery stay on track and build a strong support system.

It is important to speak with a medical professional about the best treatment options for your specific situation.

Charas drug is a dangerous illegal drug that can have serious health effects on its users. It’s important to understand the risks associated with using this substance, and how it works to make an informed decision about whether or not it’s right for you. Remember that no matter what your circumstances are, there is always help available if you need it. You can receive guidance and treatment options tailored to your individual needs from qualified professionals if you or someone you know is struggling with addiction.