Sahyog ClinicBlogMedical InformationWhat is a Major Depressive Disorder? 5 Ways to Identify It 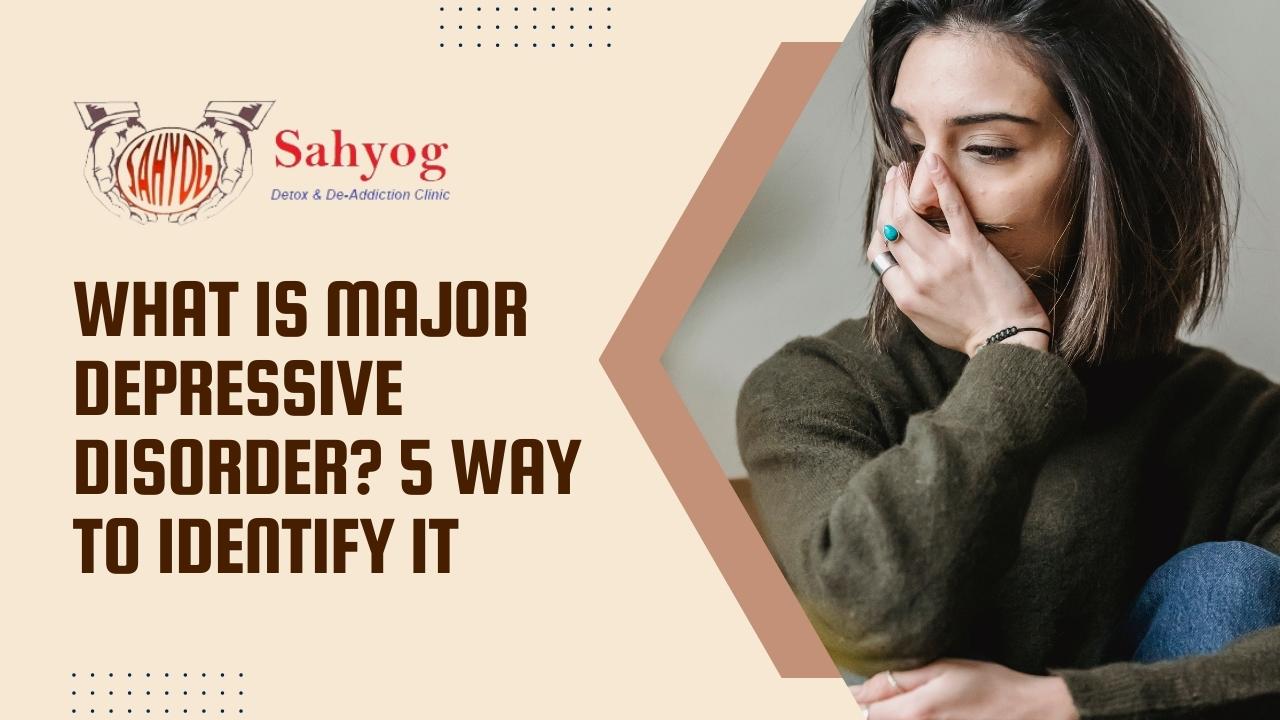 What is a Major Depressive Disorder? 5 Ways to Identify It

Major depressive disorder is a mental health condition that affects millions of people around the world. Unfortunately, it can often go undiagnosed or untreated due to the stigma surrounding mental illness. In this article, we will explore what major depressive disorder is and provide five ways to identify it in yourself or someone you know. We will also discuss resources available for those affected and how they can get help. Whether you are newly diagnosed or looking for more information, this article will offer insights into dealing with depression and finding hope again.

What is a Major Depressive Disorder?

Major depressive disorder, also known as clinical depression, is a serious medical condition that causes feelings of sadness, anxiety, restlessness, difficulty concentrating, and loss of interest in activities that someone once enjoyed. Depression symptoms can vary from mild to severe and can include changes in sleep, appetite, energy level, concentration, and self-esteem. Depression may also manifest itself through physical symptoms such as fatigue, aches, pains, or digestive problems.

While it is normal to experience some ups and downs in life, major depressive disorder is more than just temporary sadness or “the blues.” A person with major depressive disorder has trouble concentrating on their daily tasks, as well as eating, sleeping, and taking pleasure in things that they once enjoyed. The disorder can cause problems with relationships and other aspects of daily living. However, in it’s rare and highly severe form, depression can even lead to suicide.

Depression affects people of all ages, but it is most common in adults ages 20-44. Women are more likely to experience depression as compared to men. According to the National Institute of Mental Health (NIMH), about 16 million American adults suffer from major depressive disorder each year.

Major depressive disorder is a condition that can be caused by several different factors. It may be the result of genetic factors, psychological factors, or environmental factors, which are further discussed in detail below:

When it comes to major depressive disorder, there are 5 vital symptoms to look out for:

Major depressive disorder is a mental illness that can have a significant impact on an individual’s ability to function in day-to-day life. The condition is characterized by persistent feelings of sadness, anxiety, or emptiness, and can lead to problems with sleeping, eating, concentration, and energy levels. People with the major depressive disorder may also experience physical symptoms such as fatigue, headaches, or body aches.

There are several risk factors associated with major depressive disorder. These include genetics, family history, trauma or stress, and certain medical conditions. People who have a close relative with depression are more likely to develop the condition themselves. Additionally, people who have experienced traumatic events or who live with chronic stress are also at increased risk. Some medical conditions that have been linked to increased risk for depression include thyroid problems, cancer, heart disease, and stroke.

Major depressive disorder is a serious medical illness that negatively affects how you feel, the way you think, and how you act. Because of depression, one’s mental and physical health may suffer, and as a result, their productivity at work and at home may suffer as well. However, fortunately, it is also treatable.

There are many different types of treatment available for major depressive disorder, the most common type being antidepressant medication. Antidepressants are available in several different forms, including pills, capsules, liquids, and injections. Antidepressants work by correcting the chemical imbalance in the brain that is thought to be responsible for depression.

Other common treatments for major depressive disorder include psychotherapy, electroconvulsive therapy (ECT), and transcranial magnetic stimulation (TMS). Psychotherapy is a form of counseling that helps people understand their thoughts, feelings, and behaviors to change negative thinking and behavior patterns. ECT is a procedure that uses electrical pulses to stimulate the brain and cause changes in brain activity. TMS is a procedure that uses magnetic pulses to stimulate the brain and improve mood.

Thus, if you find yourself facing any of the major depressive disorder symptoms, it is recommended that you schedule and meet up with a professional or a known doctor specialized in that field and seek help from them. If you feel uncomfortable talking directly to your doctor, reach out to your close family and friends, who you trust and believe can help you.

Major Depressive Disorder is a serious mental illness that can have profound effects on those who suffer from it. Although the causes of MDD are not yet fully understood, many individuals find relief with effective treatments such as medication and therapy. Knowing how to identify the signs and symptoms of Major Depression Disorder is an important first step in getting help. We hope that this article has provided you with valuable information about Major Depressive Disorder so you can start taking steps toward wellness today.