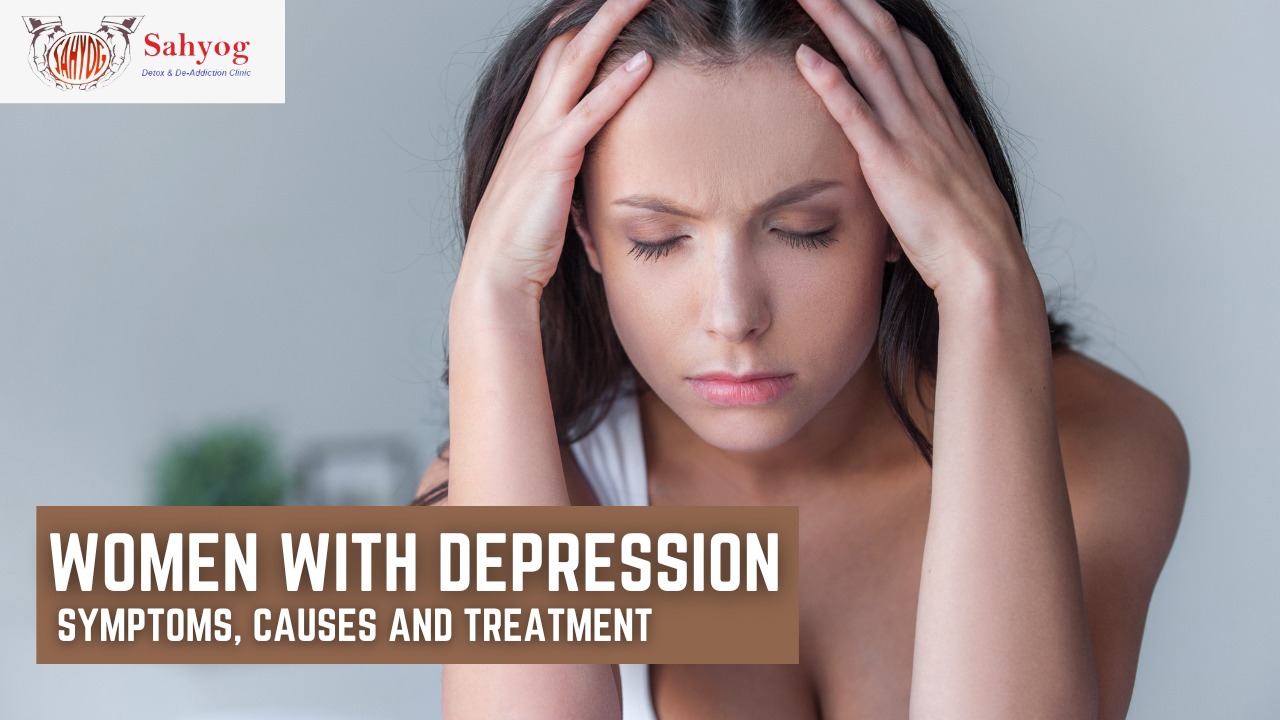 Why do women get depressed?

What are the symptoms of depression in women?

The following are some of the most common symptoms of depression in women: feeling sad or hopeless most of the day; feeling guilty; losing interest in hobbies and activities that were once enjoyed; trouble sleeping at night; appetite change (either eating too much or not enough); trouble concentrating; being irritable; having low-energy levels. Most people with major depressive disorder will experience these symptoms on an ongoing basis for at least two weeks. A person must have had one of these symptoms long enough to affect their daily life and have five or more other symptoms.

For example, if someone feels very depressed but is still going to work every day and functioning relatively well at home, then they would not be diagnosed with major depressive disorder. However, if they have been feeling this way for several months, and it has started impacting their ability to function normally, then they would meet the criteria for diagnosis.

4 facts about depression in women

The most common type of therapy is cognitive behavioral therapy (CBT). CBT helps people identify and change negative thoughts that contribute to their depression. It also teaches them skills to cope with difficult situations. In addition, people who have chronic pain should see a doctor if they experience mood changes. These feelings might indicate an underlying condition like arthritis or fibromyalgia.

One major cause of depression in women is hormonal changes associated with pregnancy and childbirth. Hormones like progesterone and estrogen can make women more susceptible to sadness, irritability, exhaustion, and low self-esteem during these times. As mentioned before, the mother’s emotional state can impact her child’s well-being even after birth when hormones continue to fluctuate throughout breastfeeding and post-partum depression (PPD). PPD affects between 10% and 20% of mothers after childbirth, which often goes unnoticed until it has become severe enough for doctors to diagnose it.

What are the causes of depression in women?

Women are more likely than men to experience depression. This may be due to a combination of biological, hormonal, and social factors. For example, women are more likely than men to experience traumatic events such as sexual assault or domestic violence. Hormonal changes that come with menstruation, pregnancy, and menopause can also cause or worsen depression in some women. The link between hormones and mood is strong enough that some women report feeling much better—even symptom free—during the second half of their menstrual cycle.

The most common way for doctors to diagnose depression is by using a questionnaire called the Hamilton Rating Scale for Depression (HRSD). It has been shown to be an effective tool for detecting clinical depression symptoms in both men and women. If you score at least 18 on this test, it is recommended that you speak with your doctor about your symptoms. Your doctor will work with you to find the best course of treatment. In addition, there are many ways that friends and family members can help someone who is depressed. Research suggests that supportive relationships play a major role in how people recover from depression over time. Friends and family members should never ignore suicidal statements or threats, but should take them seriously.

7 ways to manage or treat it

i) If you think you might be depressed, see your doctor or a mental health professional. He or she can give you a complete physical exam to rule out other causes of your symptoms and make sure you’re not at risk for any complications.

ii) Depression is often treated with medication. If you and your doctor decide that medication is the best option for you, he or she will prescribe the type and dosage that’s right for you. The most common antidepressants are called selective serotonin reuptake inhibitors (SSRIs). You’ll likely need to take this medication for at least 6 months before you notice an improvement in your mood. Some doctors may recommend combining SSRIs with cognitive behavioral therapy (CBT) as well. These sessions help people learn how to identify negative thoughts and behaviours and replace them with more positive ones to control their mood swings more effectively. CBT typically lasts 12 weeks, but some patients may need up to 20 sessions. Treatment can vary from person to person, so ask your doctor about all the different options available.

iii) Omega-3 fatty acids have been shown to reduce depression symptoms in numerous instances. Doctors suggest eating fish like salmon or taking supplements containing omega-3s every day because they contain DHA and EPA, which have been linked to lower rates of depressive disorder in scientific studies.

iv) Exercise has also been shown to be effective for reducing depression symptoms. Try gradually increasing your level of activity over time. Studies show it takes around six weeks to notice any improvements, so don’t get discouraged if you don’t feel better right away.

v) Diet plays a role in mental health too. Eliminate processed foods from your diet and fill up on fresh produce instead. A diet rich in vegetables, fruits, whole grains, lean proteins and healthy fats can lead to improved mood and overall wellness.

vi) Reduce stress by setting boundaries on things that cause anxiety or create extra work for you outside work hours. Seek enjoyable activities during your spare time to keep yourself distracted and feeling good.

vii) Join a support group where you can talk about what’s going on with someone who understands what you’re going through.

Though the causes of depression are many and varied, there are some common themes. Women with depression often feel overwhelmed by their responsibilities, whether at work or at home. They may feel like they’re not doing enough, or that they’re not good enough. They may have a hard time concentrating or making decisions. And they may feel hopeless, like things will never get better. But there is hope.

Depression is treatable, and women can get better with the right help. It’s important to remember that you’re not alone, and it’s nothing to be ashamed of. If you think you might be depressed or know someone who might be depressed, talk to your doctor or someone else in your life who you trust. There are also online resources for finding support groups in your area, as well as other helpful information about depression. For now, I would like to thank my readers for taking the time to read this blog post on women with depression and its symptoms. To summarize the key points in this blog post:

Depression can affect anyone at any age, but it’s especially prevalent among women. Signs of depression include feelings of sadness or emptiness most days, feelings of guilt and worthlessness, loss of interest in activities that used to bring pleasure such as hobbies or sex; inability to concentrate; appetite changes (too much or too little) and insomnia. Causes of depression vary depending on the individual, but are often related to stressful events including financial issues, relationships problems and physical health concerns. Treatment options include medication and psychotherapy which when combined can significantly improve quality of life for those suffering from depression.