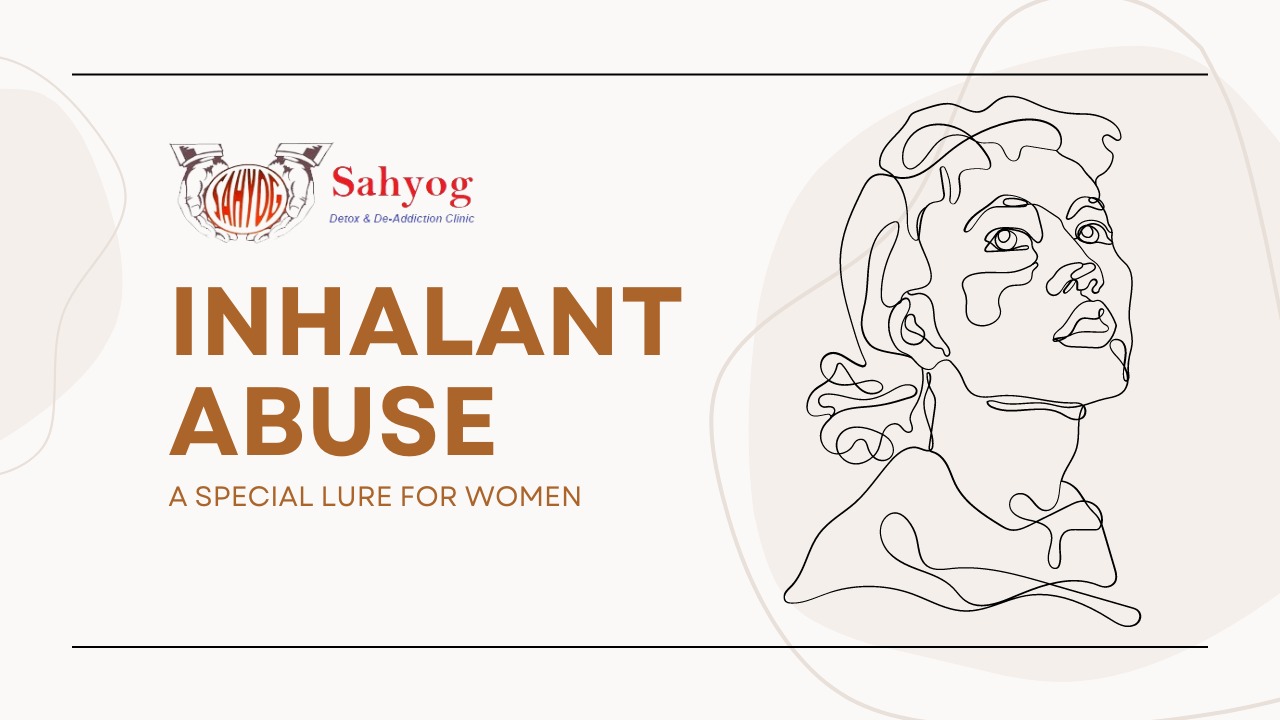 An alarming number of women in the United States are addicted to inhalants, with the majority of these women falling into their addiction in their teens and early 20s. Inhalant abuse causes damage to the body’s organs and tissues, including vital functions like vision, and can lead to death if left untreated. In this article, we’ll talk about what inhalants are, how they work, and what you can do if you or someone you love has become addicted to them. According to statistics, young men between the ages of 13 and 21 are more likely to abuse inhalants than any other demographic.

However, this risk does not extend to women, who comprise approximately half of all inhalant abusers between the ages of 12 and 21, according to recent research. If you think your teenage daughter might be abusing inhalants or if you know someone who might be at risk of developing an inhalant addiction, it’s important to understand how this substance can affect them differently than it affects their male counterparts.

The Profile of an Inhalant Abuser

Inhalants are a particular challenge because they’re legal and readily available—not to mention cheap. They also tend to be popular with younger generations, since they are readily accessible at school or via online shopping sites. While men and boys can become addicted to inhalants as well, there is evidence that inhalant abuse is more common among females. What makes them so attractive? One reason is accessibility. Many young people have easy access to products like spray paint, which means they don’t need to go far out of their way to get high. Young girls may also use inhalants as a coping mechanism during times of stress or anxiety; research shows that female abusers often report feelings of depression and low self-esteem.

However, experts caution against viewing inhalant abuse as attention-seeking behaviour. The reality is that many teenage girls suffer from addiction without even realizing it—and therefore never seek treatment.

Common Names to Watch Out for

These are some names used to identify inhalants—chemicals that can induce a state of euphoria or intoxication when inhaled from a bag or balloon. Today, more young women than ever before are developing an addiction to these chemicals. In fact… One in 4 females entering drug rehab centres are there because of inhalant abuse. Women have been known to inject themselves with household products like solvents, nail polish remover, glues, aerosol sprays and gases just to get high. This is something most people don’t realize about inhalants – they’re extremely addictive. And it doesn’t take long for users to develop a dependency on them. Once you start using them, it becomes increasingly difficult to stop. It’s important that parents talk to their daughters about how dangerous inhalants can be, as well as how damaging their use can be on relationships and schoolwork.

The first step toward recovery is admitting you have a problem; if your daughter thinks she has an issue with inhalants, encourage her to seek There are several treatment options available for those who want to break free from their addiction. If you think your daughter might be abusing inhalants, contact us today. We offer compassionate care and treatment options tailored specifically to meet each patient’s needs.

Products of these abusers range from medical anesthetics to cleaning solvents.

The three most commonly abused inhalants are:

Women are particularly susceptible to sudden death caused by heart failure associated with chronic inhalant abuse. They are also at risk for sexually transmitted diseases such as HIV/AIDS and hepatitis if they engage in risky sexual behaviour while high on inhalants. Women who become pregnant after abusing these chemicals face serious health risks to themselves and their unborn children. How you can help your loved one: If you know someone who abuses inhalants, there is help available—whether she’s ready to admit she has a problem or not.

Why do They Use?

Inhalants are used to get high, usually by sniffing or huffing. For young people, it’s often seen as a safe alternative to other drugs, such as marijuana and alcohol. The issue is that in many ways, it is even more dangerous than these substances. In addition to affecting a person’s perception of reality and stimulating feelings of euphoria, inhalants can lead to serious damage—physically and mentally—and may even cause death from an overdose. That’s why we want to help educate our community about why you should never use inhalants.

For women who might be at risk for trying out new highs, there are certain factors that make them are especially vulnerable. According to a study by researchers from Indiana University and published in Psychology of Addictive Behaviours, young adult women may be more likely than men to experiment with inhalants because they tend to have higher levels of sensation-seeking—that is, they’re more likely to want novel experiences and enjoy taking risks. In addition, since females generally have less body mass than males, they need a smaller amount of an inhalant to get high—which makes it easier for them to take too much.

Inhalants come in a variety of forms, from gases (such as laughing gas) to liquids that can be huffed. Each type of inhalant has its array of risks, but they are all harmful and can result in serious side effects. Health risks include chest pain and heart palpitations, headaches, bloodshot eyes, loss of coordination and vision problems. Inhaling any substance other than air can also lead to long-term damage to your lungs. Some research suggests that prolonged use of solvents can cause irreversible brain damage. And because many inhalants are made with chemicals found in paint thinners or glue, they have been linked to cancer and birth defects. Solvents have even been associated with sudden death—the U.S. National Institute on Drug Abuse reports that more than 3,000 people die each year after inhaling products such as petrol or nail polish remover.

Women are 2.5 times more likely to use inhalants than men. Younger women, however, tend to take a different approach than their male counterparts when it comes to inhalant use. For example, while younger males prefer to sniff household products directly from cans or containers (sniffing), younger females often prefer to spray them into air fresheners or other aerosol containers and inhale them that way (huffing). As such, parents should be aware of these differences and talk with their children about how they can get help if they need it. And, if you’re concerned your child might be abusing inhalants, look out for telltale signs like redness in eyes and nosebleeds. If you notice any of these symptoms in your child, seek medical attention immediately.

Additionally, keep an eye on whether your child is engaging in risk-taking behaviour, such as reckless driving or disobeying rules at home. These behaviours could also indicate an inhalant problem. If you suspect your child is using inhalants but isn’t ready to accept help, reach out to a professional counsellor who specializes in substance abuse issues.