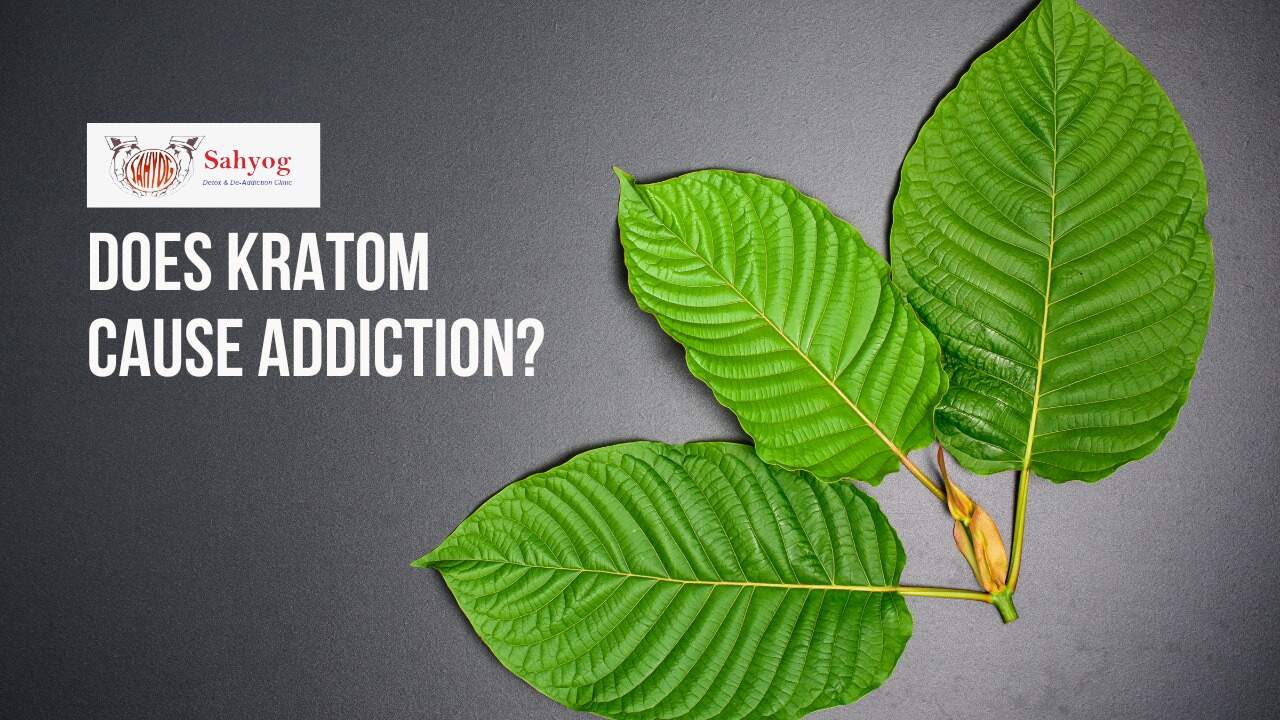 Does Kratom Cause Addiction?

Kratom is a plant-based substance that has been used in Asia for centuries as a way to relieve pain, suppress appetite, and improve mood. It’s now also being used in the U.S. as a way to wean people off of opioids. But is it safe? In this article, we’ll be looking at the evidence behind claims of Kratom addiction and whether it causes addiction.

We’ll start by looking at the physiological effects of Kratom use. Kratom has been reported to have a range of effects, including reducing pain, suppressing appetite, and improving mood. It’s possible that some people who use Kratom develop an addiction to its effects.

Next, we’ll look at the evidence behind claims that Kratom is addictive. There is limited research on the topic, but what evidence exists suggests that Kratom addiction is caused in some people.

Based on this evidence, it’s fair to say that Kratom does cause addiction in some people. However, it’s still unclear whether it’s an addictive substance in general. So while there is evidence to suggest that Kratom can be addictive, we cannot say exactly whether it is, in fact, addictive.

Kratom (Mitragyna speciosa) is a tropical tree that is native to Southeast Asia that has been used for centuries as an opium substitute, stimulant and pain reliever. It is sometimes marketed as a legal alternative to opioids like oxycodone and morphine.

The leaves of the Kratom tree are used to make a variety of products, including tea, coffee, and capsules. Some people use it to help with opioid withdrawal symptoms, while others use it for its stimulant effects.

It has not been proven to be addictive, but there is some evidence that it can be habit-forming. Kratom is currently illegal in most countries, but there is growing interest in its potential as a legal drug.

It is also commonly used as a drug to treat pain and opioid withdrawal symptoms. It has been studied for its potential use as an opiate substitute, but there is little evidence that it has these benefits.

In the U.S., it is largely used as a recreational drug. Kratom abuse can lead to withdrawal symptoms when users stop using the drug. These symptoms can include irritability, restlessness, cravings, and seizures.

Some people have also developed opiate addiction after using kratom. While there is no clear evidence that it is addictive, experts warn that it should not be used medicinally without a doctor’s supervision.

It has also been linked with Kratom addiction and withdrawal symptoms in people who use it regularly.

Kratom is a herb that has been used for centuries in Southeast Asia for its stimulant and analgesic effects. It has been shown to be a safe alternative to prescription painkillers, and some people use it to wean themselves off of opioids. However, there is still some uncertainty about the addictive potential of kratom.

Some studies have found that kratom can be addictive, while others have found that it doesn’t seem as addictive as other drugs like opioids. Researchers aren’t completely sure why this is, but they believe that it may have to do with how it affects the brain’s reward system.

While there is still some uncertainty surrounding the addictive potential of kratom, it’s important to be aware of the risks if you’re using it. There is no scientific consensus on whether it causes Kratom addiction.

Some research suggests that it can be addictive, while other studies do not find this to be the case. Kratom has been associated with withdrawal symptoms in some people, so it is possible that Kratom addiction could develop if used excessively.

It is important to note that there is currently no evidence to support the use of kratom as a treatment for addiction.

If you are using kratom and are concerned about its potential addictive qualities, it is best to speak with a healthcare provider.  They can help you understand your risks and decide if kratom is a safe option for you.

Kratom, a Southeast Asian plant that has been used for centuries as a stimulant and pain reliever, may be addictive. A study published in the journal Drug and Alcohol Dependence found that people who use kratom often develop a dependence on the drug.

The leaves of the Kratom tree are used to make a variety of products, including tea, cough syrup, and powder supplements. Kratom is also being studied for its potential therapeutic benefits.

Kratom addiction has been associated with several adverse effects, including anxiety, constipation, and nausea.

People who use it may be at risk for a number of health problems, including Kratom addiction, respiratory issues, and heart problems.

There is not enough information available about the risks associated with Kratom use. Some people have reported experiencing side effects like nausea, vomiting, and diarrhea. There is also some evidence that Kratom can be addictive. Therefore, it is best to avoid using Kratom if you are pregnant or breastfeeding.

Kratom users experienced withdrawal symptoms when they stopped using it, including muscle aches, diarrhea, and headaches. The study authors say that Kratom addiction is possible because the drug has properties similar to opioids, which are known to be addictive.

So far, there is little evidence that kratom is addictive. However, people who use it regularly may experience mild withdrawal symptoms if they stop using it. These symptoms can include increased anxiety, depressed mood, and cravings for kratom.

It is important to be aware of the potential dangers associated with Kratom use and to seek medical help if you experience any adverse effects.

Kratom is a popular drug among opioid users, and is often used to relieve pain and anxiety. However, kratom has also been linked to addiction and withdrawal symptoms.

Inpatient detox programs can help you overcome the Kratom addiction without causing any additional harm to your physical or mental health. Outpatient treatment programs can provide support while you continue to manage your addiction on your own.

Kratom is a plant-based opioid that has been used in Southeast Asia for centuries. It is most commonly found in the form of a powder or extract and is often marketed as a legal alternative to more addictive opioids. While there is limited research on the long-term effects of kratom use, there is evidence that it can be addictive.

The first step is to seek professional help. Treatment options may include counseling, detoxification, and treatment centers that specialize in addressing addictions. While kratom is not as addictive as other opioids, it can still be extremely difficult to overcome an addiction to it. If you or a loved one is struggling with a Kratom addiction, please speak with a professional about your options.

There is no one-size-fits-all approach to treating kratom addiction, but treatment will involve addressing the underlying cause of the addiction.

Kratom, a tree-derived opioid, has recently been gaining popularity as a way to relieve pain and relax muscles. However, some people are concerned that they may have Kratom addiction.

There is limited research on the subject, but currently there is no evidence that it is addictive. In fact, some people believe that Kratom may be safe and even useful for treating pain and anxiety. That said, it’s always important to talk to your doctor before starting any new medication or supplement.

As with any drug, there is always the potential for Kratom addiction. If you’re using kratom, and you’re struggling with addiction, it’s important to seek professional help. There are treatment programs available that can help you overcome your addiction and live a healthy lifestyle.

That said, it’s still important to be aware of the risks associated with Kratom use, especially if you are using it to replace opioids. If you are using Kratom in an attempt to overcome an addiction to opioids, be sure to talk to your doctor about the best way to address your dependency.

If you are considering using it to ease pain or help manage anxiety, be sure to speak with your doctor first to make sure that this is a safe and effective option for you. Also keep in mind that not everyone has Kratom addiction, but it’s always important to discuss any possible risks before taking any new medication or supplement.