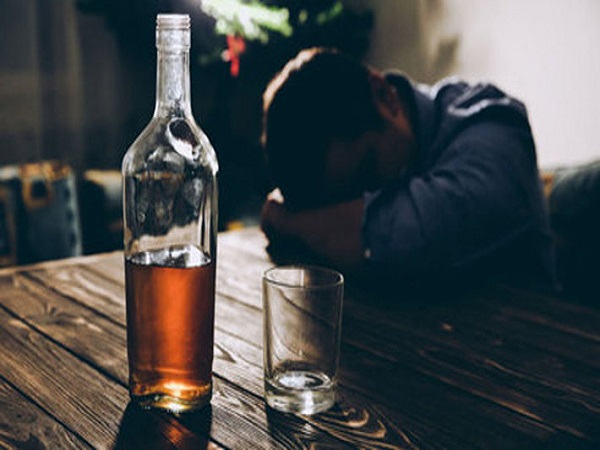 Alcohol has so many Harmful Effects that 1 blog is not sufficient for it. Alcohol is a legal drug that has been causing so much grief for so many people around the world. Everybody who drinks is not an alcoholic,  in fact if 100 people drink, on average only 12 are alcoholics; rest are social drinkers. An alcoholic is a person who is not able to guarantee how much he is going to drink or who cannot guarantee his behavior after drinking. People generally know how much they are going to drink but an alcoholic has no brakes and is not able to stop. They do not get into trouble every time they drink but every time they get into trouble they have been drinking. Whether it is fights, brawls, disagreements at home, legal trouble, the list is endless. The behavior of every person changes a little bit after drinking alcohol but in an alcoholic the change is quite stark. Most people become garrulous, jovial or in some case even maudlin but the alcoholics can become antisocial too.

Now let us discuss what deleterious effects alcohol has on the human body. Let us start by the harmful effects on the Central Nervous System. The Central Nervous System consists of the brain and spinal cord. The first and most apparent effect is loosening of inhibitions. There is sort of brake in our prefrontal cortex part of the brain which stops us from doing stupid things like using abusive language in front of elders, looking left and right before crossing a road etc. Even with small quantities of  alcohol this brake is removed. Because of this a person may seem more excited than usual, whereas it is a known fact that alcohol is a depressant and slows down the neuronal activity. A person under the influence looses his inhibitions and may end up doing things he would not even imagine doing in a sober state. The next harmful effect of alcohol is seen on the memory. Both short term and long term memory is affected. Some times the alcoholic comes out of a black out without any remembrance of the previous night. He may not even remember how and when he got home and what all he said at the party. Alcohol directly effects the nerve cells by killing them but memory is not a function of the number of neurons, in fact it is a function of the connections between the nerve cells. Due to this fact the memory deficit can be overcome by doing mental and memory exercises, but the loss of neurons may lead to cerebral atrophy, which is a common finding in alcoholics who are growing old. Next harmful effect of alcohol is very interesting, the damage is caused by drinking but the effect is not seen until the person stops drinking. Till the time he is drinking he is fine but on stopping alcohol he may develop Wernicke’s Encephalopathy or Korsakoff’s Psychosis. These two conditions are named after the people who first described it. Earlier they were thought to be different diseases but now they are considered to be two ends of the same spectrum. The main cause is Thiamine deficiency and in Wernicke’s Encephalopathy the persons brain becomes soft and is also called ‘wet brain’. In Korsakoff’s  Psychosis the person has visual and auditory hallucinations and may be delirious. Luckily the effects are reversible with medication, otherwise they may even be fatal. The next harmful effect of alcohol on the CNS is the effect it has on reflexes of the person. The reflexes become slow. That is why the old adage that don’t drink and drive. One can devise an experiment on a simulator where a person slams on the brake after seeing a child on the screen in front. After drinking even legally permissible quantities of alcohol the time is greatly increased. The next harmful effect of alcohol is on the secretion of anti diuretic hormone. It suppresses its secretion. Anti diuretic hormone is secreted by posterior pituitary gland. As a result, the person urinates more after drinking alcohol.

All this is explained at Sahyog and that is why it is the Best Rehabilitation Center in Delhi.