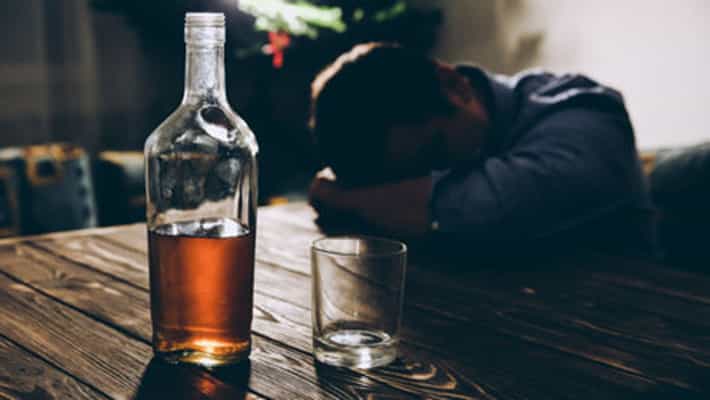 Like I had written earlier, 1 blog is not sufficient to list all the harmful effects of alcohol. That just goes to show how harmful alcohol is. It effects all the organ systems of the body but the main harmful effect is felt by the gastrointestinal tract and in that too liver is the organ which suffers the most. Liver is a very important organ. Besides digestion of food, clotting of blood, converting proteins to urea is all done in the liver. It is an important part of reticulo-endothelial system associated with the filtration of blood. The condition which occurs in the liver because of alcohol abuse is cirrhosis. There are other causes of cirrhosis but alcohol is the one we are concerned with. Cirrhosis has got 3 Stages. Stage 1,2, and 3. In Stage 1 there is fatty enlargement of the liver. The liver is normally behind the ribs on the right side of the body and except in very thin individuals one cannot palpate the liver. If the liver is palpable that means that it is enlarged and the doctor will write that it is enlarged by so many cms below the costal margin.Liver is associated with the fat metabolism and even a bout of single night of heavy drinking will result in fat droplets to occur in the plasma making it milky. This fat accumulates in the liver leading to fatty liver. In Stage 2 of cirrhosis of liver the structure of liver is  altered but the microscopic structure is maintained. In Stage 3 of cirrhosis of liver even the microscopic structure is damaged beyond repair. In Stage 2 if a person stops drinking the liver will heal itself but in Stage 3 even if a person stops drinking the liver will not revert to its original structure. All the blood from the intestines comes into the liver via the Portal Vein. This is called the Portal Circulation. Due to cirrhosis the pressure in the Portal system is increased resulting in accumulation of plasma in the peritoneum called ascites. The accumulation can be of many liters per day. The doctor may drain the ascitic fluid but due to the cirrhosis it accumulates again.

All this is explained at Sahyog and that is why it is the Best Rehabilitation Center in Delhi.