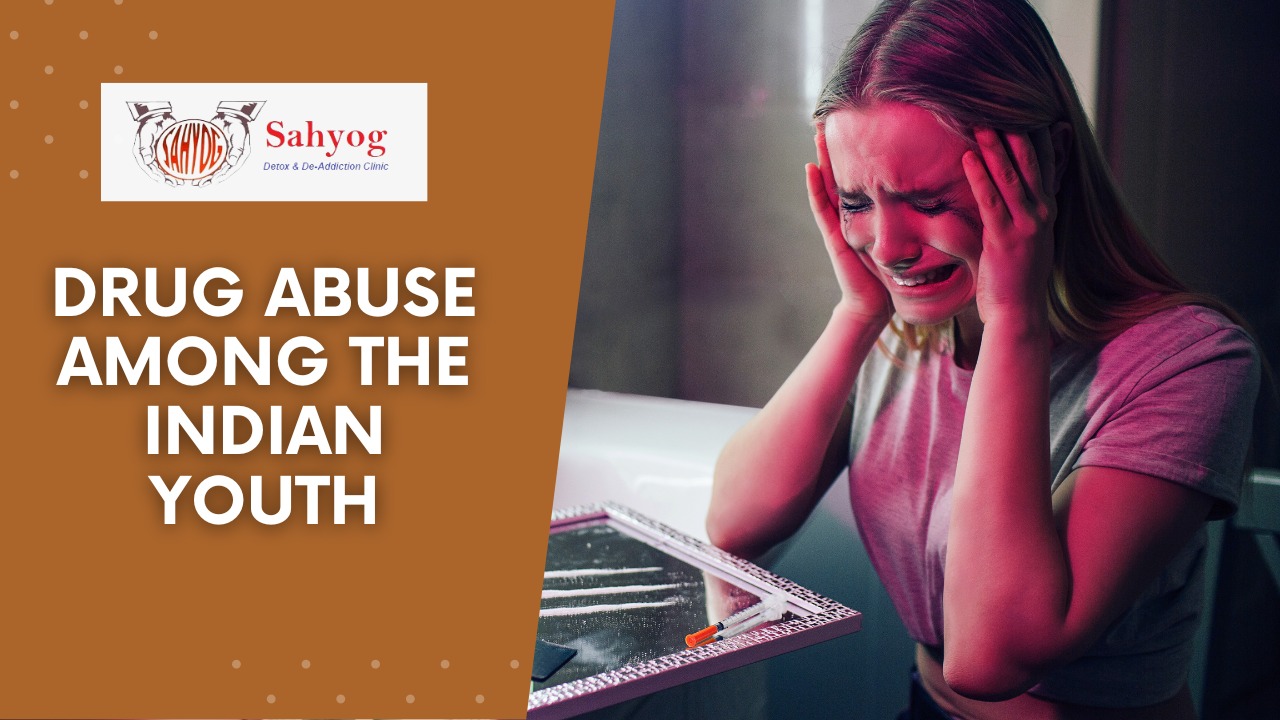 Drug abuse among the Indian Youth

The use of illicit drugs among the Indian youth has become a grave concern over the years, and today it has reached epidemic proportions. The government, parents, guardians, and teachers have an important role to play in controlling this menace before it gets out of hand. Parents and teachers can keep track of any unusual change in the behaviour or attitude of their wards by getting in touch with the young person when he/she is alone and spending some time with him/her without any interruption from siblings or friends. Drug abuse among the Indian youth has reached alarming proportions, despite government’s best efforts to contain this menace. Many students are also dropping out of schools and colleges as they get addicted to drugs like Marijuana, Amphetamine, Cocaine, heroin, and LSD.

The Government has launched many anti-drug campaigns but has not been able to curb the problem effectively. The present paper analyses the nature and extent of drug abuse among the Indian youth, reasons for increasing drug abuse, status of rehabilitation centres in the country and plans to contain the menace of drug abuse among young people. Drug abuse in India has been a severe and growing problem.

In response to the increase in drug abuse, the Indian government has implemented several measures to prevent the use of harmful drugs in the country’s youth such as taking the parents’ consent before giving their children medicine, placing warning labels on medicines that are not approved by the government, and banning many drugs that are found in India’s black market. Despite these efforts, drug abuse among India’s youth remains widespread, and drug abuse continues to grow more serious each year.

How to recognize if your child is doing drugs

If you suspect your child is doing drugs, here are signs to look for:

These changes may indicate a problem, but they could also be symptoms of other issues, such as depression or anxiety. It’s important to consider all possibilities before reaching a conclusion about drug use. However, if you have reason to believe your child is using drugs, it’s critical to seek help immediately. The longer drug abuse continues, the more likely it will become an addiction among the youth. In addition, experimenting with illegal substances can lead to arrest and imprisonment. The sooner your child gets help, the better their chances of overcoming substance abuse and getting back on track.

A common myth is that drug addiction develops out of a momentary lapse in willpower. While some people do develop addictions after making a one-time decision to try drugs, many others fall into it gradually. Many studies have found that drug addiction develops in stages. First, you may become aware of your drug use and realize how much time you’re spending on it, or how much money you’re spending on it. At first, you might be able to control your use without too much trouble—you might even feel proud of yourself for being able to manage it. But over time, as you continue using drugs regularly, they take over more and more of your life until eventually, you can no longer stop using them without help.

This process usually takes months or years, but it can happen rapidly. The three phases of drug addiction are preoccupation, binge/intoxication, and withdrawal/negative effects. In the preoccupation phase, you spend a lot of time considering getting high and when you will next get high. You also think about all the that could prevent you from getting high (e.g., not having enough money). During the binge/intoxication phase, you actually get high (or drunk) and experience intense pleasure or relief from negative feelings. When you come down from your high, you enter the withdrawal/negative effects phase. During this stage, you experience physical and psychological symptoms like restlessness, irritability, depression, anxiety, insomnia, nausea, and vomiting. These symptoms make it difficult to go through normal daily activities like work or school because they make you physically uncomfortable.

Side effects of drug abuse

Drug abusers could suffer negative consequences in several ways: physically, mentally, socially and financially. Indian Youth can get affected greatly by the causes of drug abuse such as illness and death due to diseases transmitted by dirty needles or contaminated drugs. Abusers can overdose on their drug, increasing risk of death. Frequent use of some drugs (like cocaine) can produce violent behaviour that may lead to jail time, violence against others or being put into a rehabilitation center for long periods of time. And if you’re not careful, your drug habit could cost you your job, your house, and even custody of your children.

If you’re using drugs with other people who are using different types of drugs at different times, you run an increased risk of contracting HIV/AIDS or hepatitis from shared needles. And while there’s no evidence that casual marijuana smoking causes lung cancer as cigarette smoking does, it has been linked to higher rates of bronchitis and emphysema. Chronic users have also reported experiencing withdrawal symptoms when they try to quit. But these side effects pale in comparison to those caused by harder drugs like heroin, crack cocaine and methamphetamine—the diseases of despair that plague inner cities across America. Addiction is hard enough on its own; add poverty, unemployment, and homelessness into the mix and it becomes all but impossible for many addicts to get clean.

How parents can help their children in difficult situations

Parents play a giant role in helping kids avoid drug use, or at least wean them from to have started using. Before you have that talk with your child about drugs, decide what kind of relationship you want to have with them moving forward. Do you want to know where they are and who they’re with? Are you comfortable monitoring their cell phone and computer usage? What’s a good strategy for keeping tabs on your kids while staying respectful and maintaining trust? It might be helpful to think through these questions before talking to your children about drugs. Having a clear set of boundaries will go far in preventing some common problems that arise when parents try to help their children avoid drugs. If you find out your child is already abusing drugs, here are some tips for getting them into treatment:

Get educated: Read books and articles on addiction treatment.

Plan: Talk to your family doctor about whether an intervention is appropriate. If so, enlist other family members to join you in confronting your loved one about his or her issue with drugs. Prepare a list of potential treatment centres and discuss which ones would be best suited to meet your loved one’s needs. Make appointments and get going! Go as a group or send someone ahead to check things out first. Afterward, make sure everyone agrees on how much information should be shared with your loved one about what happened during the intervention (for example, don’t tell him/her exactly what was said by each person).

Be prepared for resistance from your loved one—it can take time to convince someone he/she has a problem. Keep encouraging him/her until he/she sees that change is necessary; sometimes more than one attempt at an intervention is needed before it works.

The side effects of drug abuse are detrimental to a person’s life in more ways than one, especially among youths. If you or someone you know is struggling with drug addiction, it’s time to get help. It can be difficult on your own, but free resources are available to help fight addiction and stop its progression. The earlier you seek help, the sooner you can begin living a sober life. Addiction does not have to define who you are. With support from family and friends, along with treatment for substance abuse, you can reclaim your life from drugs once and for all. If you or someone you love is struggling with drug abuse, please call toll-free now. We want to help.