Sahyog ClinicBlogMedical InformationSchizophrenia: What is it and What are its Symptoms? 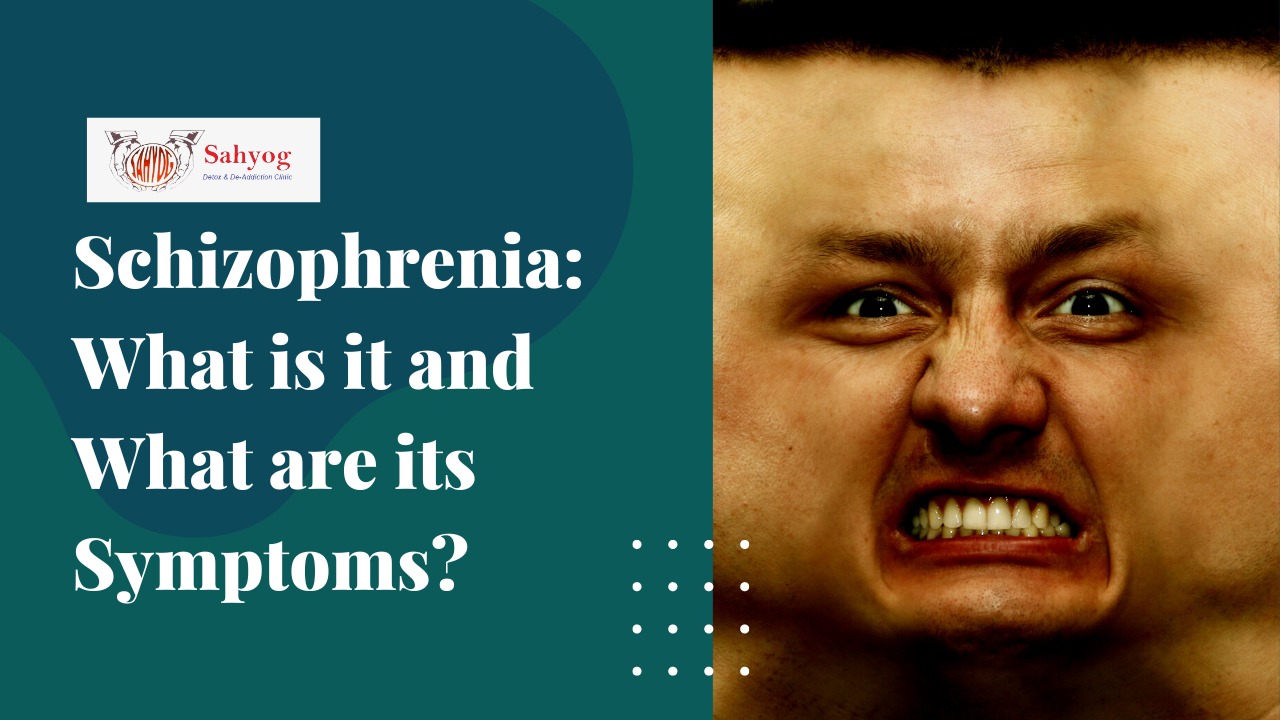 Schizophrenia: What is it and What are its Symptoms?

Schizophrenia is a mental disorder that affects the way a person thinks, feels, and behaves.

It can be very hard to live with, as patients experience a lot of different symptoms that make it difficult for them to function in everyday life.

In this article, we’re going to take a closer look at what schizophrenia is and discuss some of the most common symptoms. Hopefully, this will help you better understand what goes on in the mind of a schizophrenic patient and why they might need help.

Schizophrenia is a mental disorder that causes people to have difficulty functioning socially and experiencing normal moods. It is caused by a combination of genetic and environmental factors, and can often be preceded by signs or symptoms such as hallucinations or delusions.

It is a mental disorder that affects the way someone thinks, feels, and acts.

The Different Types of Schizophrenia

There are three different types of schizophrenia:

Schizophrenia is a mental disorder characterized by symptoms such as hallucinations, delusions, and disorganized thinking. The disorder can be debilitating and can severely impact a person’s life.

Symptoms of schizophrenia often develop gradually over time, and can vary significantly from one person to the next.

Some of the most common symptoms of the disorder include:

There is currently no cure for schizophrenia, but treatments include medication and therapy. There are a number of treatment options for the disorder, depending on the severity and type of the disease.

Some common treatments include medication, psychotherapy, and CBT. While each option has its own benefits and drawbacks, the most important thing is to find a treatment that works best for the individual.

There is no one-size-fits-all answer to treating schizophrenia, as the condition can vary drastically from person to person.

However, there are some general tips that may be helpful for those living with the condition. Here are four of the most common treatments for schizophrenia:

It is a mental disorder characterized by disturbances in perception, delusions, hallucinations, cognitive impairment and abnormal social behavior. The cause of the disorder is not known, but it is believed to be the result of a combination of genetic and environmental factors.

Symptoms typically worsen over time and may become disabling. There is no cure for schizophrenia, but treatments available include medication, psychotherapy and rehabilitation.

Schizophrenia is a mental disorder that affects the way a person thinks, feels, and acts. It can be very hard to live with and can result in a variety of symptoms, including problems with communication, distorted perception of reality, and abnormal movements or thoughts.

It is a brain disorder that causes people to have difficulty distinguishing between reality and fantasy, or between what is happening in the present and what might have happened in the past.

People with schizophrenia may also experience hallucinations (sight or sound that are not real) and cognitive problems, such as trouble focusing on tasks or remembering information.

There is no one-size-fits-all approach to managing schizophrenia, but early intervention and treatment can help people live fuller lives with fewer symptoms.

If you or someone you know is experiencing any of these symptoms, please don’t hesitate to reach out for help. There are many resources available to those suffering from schizophrenia, and together we can work to get them back on track.